Lack of development of something. For example, agenesis of a toe means that toe failed to form.

One of the meninges surrounding the brain leaving a space in which the CSF circulates.

Outgrowths of the arachnoid, forming pockets, which may be large or small in volume, and are filled with CSF. They may prevent the normal circulation of CSF.

The portion of the brain in the back of the head between the cerebrum and the brain stem. The cerebellum controls balance for walking and standing and other complex motor functions.

The median part of the cerebellum, between the two lateral hemispheres.

The largest part of the brain. It is divided into two hemispheres, or halves that are connected by the corpus callosum.

A clear bodily fluid that occupies the subarachnoid space and the ventricular system around and inside the brain. Essentially, the brain “floats” in it.

The cisterna magna (or cerebellomedullary cistern) is one of three principal openings in the subarachnoid space between the arachnoid and pia mater layers of the meninges surrounding the brain. The openings are collectively referred to as cisterns. The cisterna magna is located between the cerebellum and the dorsal surface of the medulla oblongata. Cerebrospinal fluid produced in the fourth ventricle drains into the cisterna magna via the lateral apertures and median aperture.

Relating to an event which has occurred during pregnancy or childbirth.

A band of nerve fibers that connects the right and left hemisphere of the cerebrum.

Premature fusion of one or more of the cranial sutures (the lines uniting the flat bones of the vault of the cranium) causing development arrest and deformities of the cranium. It may cause raised intracranial pressure and visual disturbance.

A medical imaging method employing tomography. Digital geometry processing is used to generate a three-dimensional image of the inside of an object from a large series of two-dimensional X-ray images taken around a single axis of rotation.

A cyst is an abnormal, closed sac-like structure within a tissue that contains a liquid, gaseous, or semisolid substance. A cyst can occur anywhere in the body and can vary in size. The outer, or capsular, portion of a cyst is termed the cyst wall.

A program through the Dept of Education that provides birth to 3 services for children that are developmentally delayed or at risk of becoming so because of a medical diagnosis. The types of services provided can include but are not limited to physical therapy, occupational therapy, speech therapy, and vision therapy. Although this is federally funded each state creates and manages their own program based on federal guidelines. Contact your local state Dept of Education for additional information.

Endoscopic third ventriculostomy is a surgical procedure in which an opening is created in the floor of the third ventricle using an endoscope placed within the ventricular system through a burr hole. This allows the cerebrospinal fluid to flow directly to the basal cisterns, thereby shortcutting any obstruction. It is used to treat certain forms of obstructive hydrocephalus, such as aqueductal stenosis.

Spaces between the cranial bones, which are incompletely fused in infants.

A health professional with a specialized graduate degree and experience in the areas of medical genetics and counseling. Genetic counselors enter the field from a variety of disciplines, including biology, genetics, nursing, psychology, public health and social work. Genetic counselors work as members of a health care team, providing information and support to families who have members with birth defects or genetic disorders and to families and individuals who may be at risk for a variety of inherited conditions. They identify families at risk, investigate the problem, interpret information about the disorder, analyze inheritance patterns and risks of recurrence, and review available options with the family or individual. Genetic counselors also provide supportive counseling, serve as patient advocates and refer individuals and families to community or state support services. They serve as educators and resource people for other health care professionals and for the general public. Some counselors also work in administrative capacities. Many engage in research activities related to the field of medical genetics and genetic counseling.

All of the genetic information, the entire genetic complement, all of the hereditary material possessed by an organism.  Humans and many other higher animals actually have two genomes, which together make up the total genome:

1.A chromosomal genome — inside the nucleus of the cell in the familiar form of chromosomes; and

Hypotonia is a medical term used to describe decreased muscle tone (the amount of resistance to movement in a muscle).  It is not the same as muscle weakness, although the two conditions can co-exist. Infants with hypotonia have a floppy quality or “rag doll” appearance because their arms and legs hang by their sides and they have little or no head control.  Other symptoms of hypotonia include problems with mobility and posture, breathing and speech difficulties, lethargy, ligament and joint laxity, and poor reflexes.  Hypotonia does not affect intellect.  However, depending on the underlying condition, some children with hypotonia may take longer to develop social, language, and reasoning skills.

Individualized Service Plan. Similar to an IFSP, but for school age children.  Any child that receives special education services will have an IEP to outline the services and accommodations they will receive.

A tool used to sift through and analyze the information contained within a genome. A microarray consists of different nucleic acid probes that are chemically attached to a substrate, which can be a microchip, a glass slide or a microsphere-sized bead.

Magnetic Resonance Imaging. A non-invasive further investigation using a magnetic field analyzed by computer, which allows the anatomical structures of the brain to be clearly visualized, in both physiological and pathological states.

A doctor who specializes in the diagnosis and treatment of disorders of the nervous system.

A health care profession which provides services to individuals and populations to develop, maintain and restore maximum movement and functional ability throughout life. Physical therapists focus on gross motor skills such as sitting, walking, jumping ect.

A device consisting of a catheter that is inserted into the brain, connecting to a valve and additional tubing that drains fluid off the brain to another part of the body to be naturally reabsorbed.

Surgical procedure to replace a malfunctioning part of a shunt

The slit ventricle syndrome consists of an association of clinical signs:

Headaches, occurring when standing up, and resolving when the patient lies down

Near disappearance of the ventricles on a CT scan. The ventricles appear as only a slit, hence the  name of the syndrome.

Fluid filled chambers in the brain 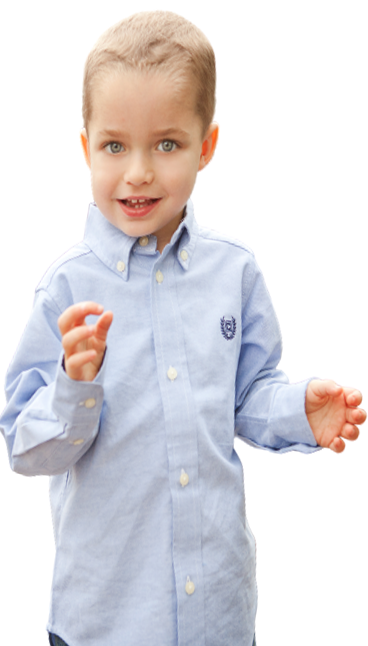 The Dandy-Walker Alliance, Inc. is a 501(c)(3) tax-exempt public charity registered in the State of Maryland.